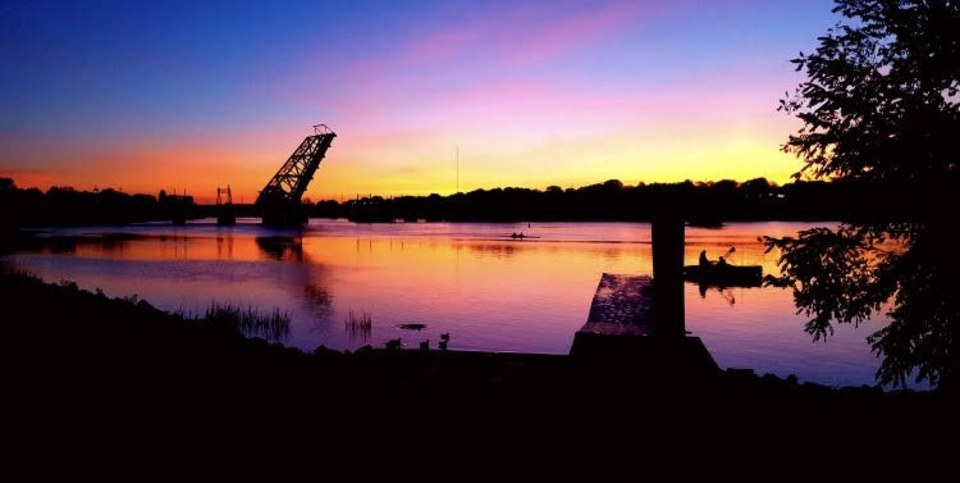 Exciting news about a plan to light up the rusty Crook Point Bascule Bridge that’s been frozen in time in an upright position for decades. It’s an image that is emblazoned in many a native Rhode Islander’s mind and heart with many wishing it would come down and others, like myself regarding it with fondness due to its quirkiness and its nod to the olden days and the warmth that feeling of familiarity creates. To me it’s “up there” with the Big Blue Bug on 95 and the pineapple that welcomes you to Federal Hill; a trifecta of symbols that scream “pure Little Rhody.”

To come up with a plan to do something with this iconic image, an 11 member jury reviewed entries in a contest held to elicit a design plan. The one that “outshone” the others, not only will light up the bridge but more importantly the areas and communities around it. Plans are in the works for parks on both sides of the bridges, an enclosure at the mouth of the East Side Rail Tunnel and a canal crossed by mini bridges on the east bank. After just learning yesterday about plans in the works for an incredible new restaurant called Honeybird to open near the Henderson Bridge nearby, I see great things happening in this area which spans from the East Side over to East Providence.

To those with the desire and the fire to “think outside the box” and proactively come up with a vision for a RI element that has remained stagnant for years??? This native Rhode Islander leans on Bono in saying “Baby, Light my Way…….the Rhody Way!”